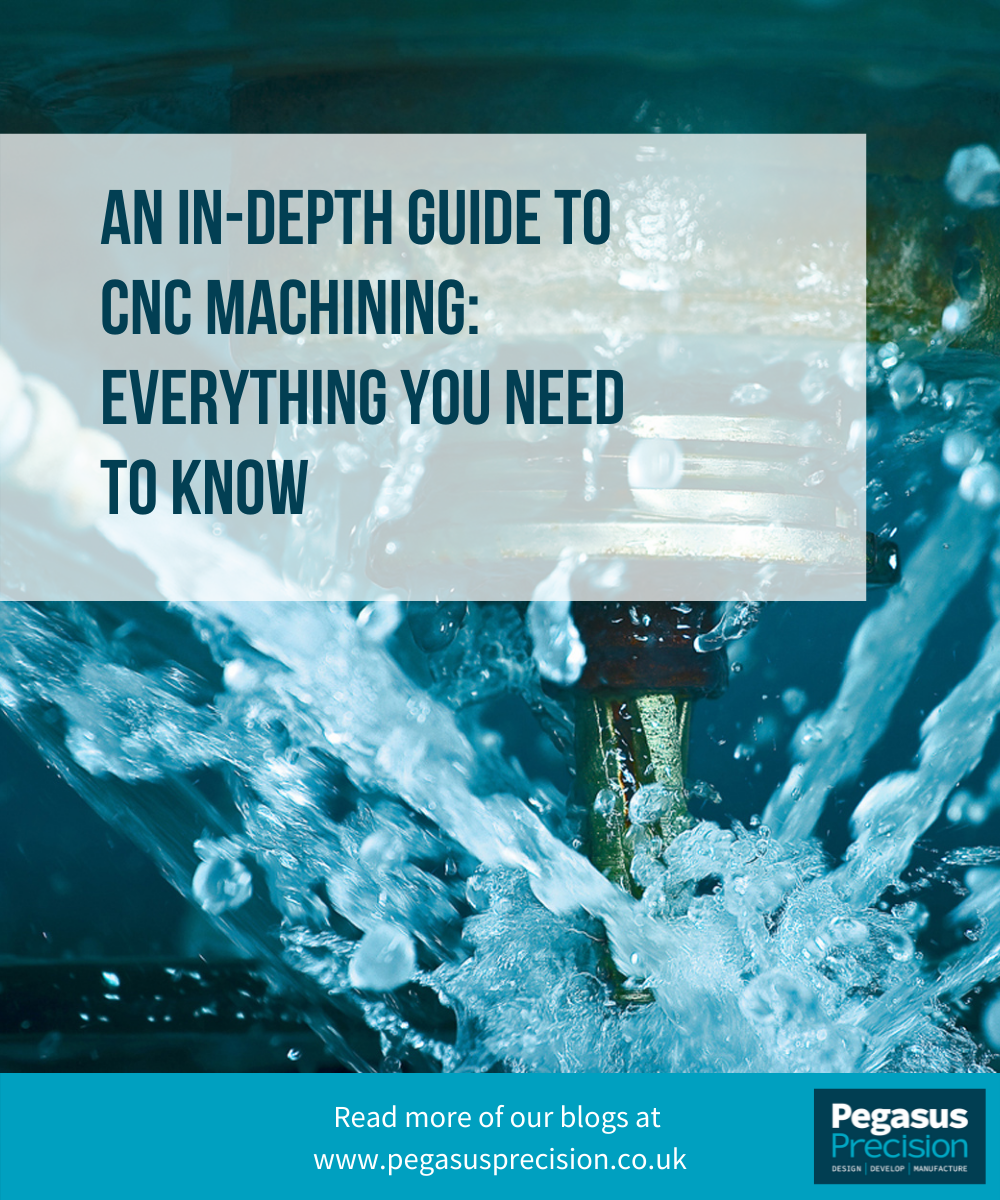 About the author : admin

A newcomer to the metalworking industry may be confused by the process known as machining. After all, the word “machine” is a noun, but it is being used as a verb.

What is CNC Machining?

Machining isn’t a single process, it’s an umbrella term that covers several operations, which include milling, turning, grinding, routing, and drilling, to name a few. Even though there are many different CNC machining operations, they all have one common factor—they remove material from the workpiece. CNC machining is a subtractive process, unlike other technologies like 3D printing, which adds material, hence its term of additive manufacturing.

That’s the “machining” part covered, so what about the CNC bit? CNC is an abbreviation of Computer Numerical Control, an evolution of NC techniques developed in the 1940s and 50s. As computers weren’t invented, the original NC machines used punched tapes to run their programs. These were then phased out as computer technology advanced and allowed more complex programs to be created in a fraction of the time.

A modern-day CNC machining operation starts with a designer creating a 3D model of the part using software such as SolidWorks, Autodesk Inventor, Fusion 360, Catia or Pro-Engineer. This 3D model is converted into a program using a secondary piece of software like Mastercam, which provides a map and route for the cutting head.

What are the typical applications of CNC machining?

CNC machining allows you to create complex parts to extremely tight tolerances. Electronic devices, automotive components, aircraft engine parts, medical devices, and nuclear machinery are perfect candidates for using machined parts. The precision and repeatability of a machining process ensure that the hundredth part will be precisely the same as the first one.

What are the most common types of CNC machining process?

Milling uses a cylindrical cutting head that spins at high speeds and moves along an axis removing material from the workpiece.

The simplest type of miller is called a 3-axis machine based on the three axes the cutting head can move along. The x-axis is horizontal, the y-axis is vertical, and the z-axis relates to depth.

Three-axis milling is the most widely used process due to the relatively low capital cost of the machine and its good versatility. It’s mainly used for creating slots, holes, and sharp edges on the workpiece and is a low-cost solution.

A 4-axis machine takes the existing three axes then adds horizontal rotation around the x-axis to create the A-axis, which is ideal for making holes in the side of the workpiece.

A 5-axis machine adds the vertical rotation around the y-axis to create the B-axis. With a 5-axis machine, you can create highly complex parts as you have control over each plane of movement of the workpiece. The main advantage of a 5-axis machining centre is the ability to work on all five sides of the workpiece, which would normally require stopping the machine and repositioning it to access each face.

5-axis machines are costly but deliver massive time and cost savings over their lifetime. They are extensively used in the aerospace, nuclear, and automotive sectors, where there is a high level of complexity, intricacy, and surface finish required on the parts.

In a 7-axis milling machine, there is another place of rotation around the z-axis and a twisting axis on the cutting head. These additional axes allow greater flexibility and access to the workpiece, making for a smoother and even more efficient cut. However, there is a high cost to this process.

Unlike milling, which can be carried out on any size or shape of a workpiece, turning is only for cylindrical and symmetrical components.

Turning is most useful for larger batch sizes of cylindrical components like shafts or washers and gives a high-quality surface finish.

Grinding is a similar process to milling but is even more precise. Whereas milling uses a cutting tool, grinding uses an abrasive grounding wheel to remove material. It’s most often used as a finishing process, for example, in the internal bores of engine cylinders which have an extremely tight tolerance.

As with all CNC processes like laser cutting, punching, and bending, machining benefits from reducing human error, which allows for repeatability and uniformity in all the parts produced within a batch, however, human input is still at the heart of all these processes in the initial design, programming, and setting up of the machines.

At Pegasus Precision, we offer a full metalworking service to our clients for all their fabricated and machined components.

Contact our sales engineers on 01233 801649 or email sales@pegasusprecision.co.uk to discuss your requirements.

We use cookies on our website to give you the most relevant experience by remembering your preferences and repeat visits. By clicking “Accept”, you consent to the use of ALL the cookies.
Cookie settingsACCEPT
Manage consent

This website uses cookies to improve your experience while you navigate through the website. Out of these, the cookies that are categorized as necessary are stored on your browser as they are essential for the working of basic functionalities of the website. We also use third-party cookies that help us analyze and understand how you use this website. These cookies will be stored in your browser only with your consent. You also have the option to opt-out of these cookies. But opting out of some of these cookies may affect your browsing experience.
Necessary Always Enabled

Any cookies that may not be particularly necessary for the website to function and is used specifically to collect user personal data via analytics, ads, other embedded contents are termed as non-necessary cookies. It is mandatory to procure user consent prior to running these cookies on your website.

SAVE & ACCEPT
Go to Top